Scotch-Irish or Ulster Scots are names for the same people and are given to the people who left Scotland in the seventeenth century and settled in the north of Ireland, mainly as various waves of the Plantation of Ulster.

In many cases they stayed only one or two generations before moving on to North America. The new people brought new customs to Northern Ireland and this is evident in our culture and heritage today. 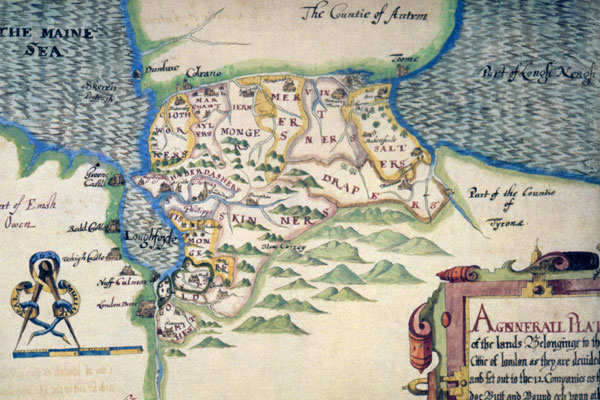 Many colonial settlers over the centuries from the 17th century to the Great Hunger or more commonly known Irish potato famine of the 19th century were from Irish decent with some identifying as "Scots-Irish" whose ancestors were Ulster Scots who emigrated from Ireland to the United States. Around the world there is a rich history of descendants searching for a new life, Discover Britain and Ireland will take you on a journey of discovery.

Working with researchers Discover Britain and Ireland can offer customized tours of Scotland, Ireland, England and Wales to investigate your heritage. Focusing on family history, connections to clans, surnames or locations, a tour can be created to reveal your history and include visits to homes, castles or land that is associated with your ancestors.

All tours can be combined to enjoy the rest of the country with general sightseeing also included. We cater for all group sizes and recognize that tours may range from one day up to several weeks and that each tour is a personal and emotional journey.

Tracing family history can include using various research methods and we work alongside Genealogists to locate and search archives including registration offices, burial ground records and local law records for further information to create the most authentic experience. We also ensure that guests can access archives to see for themselves written history of where their ancestors may have once lived and worked.

Enquire now to find out more about how Discover Britain and Ireland can assist in your quest to join the many clients who have already traveled in search of their ancestors and found what they were looking for.

Please note these are suggested ancestral clan tours and we can create and advise to your requirements.